skip to main | skip to sidebar

Secrets To A Clean Hotel Stay

Everybody has at least one horror story about a hotel/motel stay. Dirty bathrooms, bad room service, noisy rooms, bad experiences rum the gamut. But what really affects ones stay is the bed, after all, the main purpose of staying in a hotel is to sleep. Sure you wash and sometimes eat in a hotel , but sleeping is paramount. You can have the best meal or a great shower, but if your pillow is too hard, or you become skeptical about the cleanliness of the sheets, you can pretty much kiss a restful sleep goodbye. Sure you can change rooms, but by the time you get into the new room just the stress and aggravation has put a damper on your evening.

Even when you're comfortably ensconced in what you think is a clean room, what you don't know can hurt you or at least make you sick and at best gross you out. According to the web site TripAdvisor "a survey of 4,000 members around the globe found that: 24% bring along disinfectants, pillows or their own sheets or towels. When asked for their worst experience in a hotel room, 28% say it was a dirty bathroom. 4% of respondents say they've shared their hotel room with bedbugs." ABC Primetime did a study on hotel rooms in New York, Miami, Houston and Los Angeles. A black light was used to determine cleanliness. At every hotel they visited, from a one-star hotel with rates at $55 a night to a five-star hotel with rooms that cost $400 a night, lab results showed evidence of urine or semen in every room tested. Bed bugs have also turned up at even high-level hotels. Some specifics:

Dried semen on the bedspread and urine stains on the walls of a $300-a-night room in "one of New York's finest hotels."

Trails of urine on the bedroom carpeting in a well-known Miami hotel.

Traces of urine on the walls, bedspread, chairs, bathroom vanity stool and carpeting near the bed at a four-star resort.

Via, AAA Traveler's Companion, tells of a woman contracting scabies from a bed in a well-known hotel chain. "Erin Sturges complained to the manager, who reimbursed her for her room but not for her visit to the doctor. She had contracted scabies, not to mention a case of the heebie-jeebies that lingers to this day. "Now when I'm traveling I can't help wondering," Sturges says, "how clean, really, is this room?"
In the same article they quote this from a director of housekeeping, " bedspreads are washed at least 10 times a year" Think about this, that bedspread, the one which you lie on to watch TV is only washed, at best, once a month. Who was on that bedspread before you, an incontinent senior citizen or a mommy changing baby diapers, or even that businessman entertaining his escort, and that's just the bedspread, we haven't even mentioned the sheets yet.

Any way you slice it, sharing a room with strangers is just plain gross. Do you think every chambermaid in every hotel changes every bed after every guest. Please don''t be naive, hotel employees these days are overworked and underpaid, if there's a corner to cut, it'll be cut. Check out the infamous Fox Atlanta hidden video on drinking glasses and how they were cleaned. You can see that video and more on YouTube. Then there are the pests like bedbugs which have become epidemic in cities across north america. Sure, I know what you're thinking, he's paranoid. That's exactly the opinion friends of mine had until they were bitten by those little bloodsucking parasites.

So what's a traveller to do ? Here are 5 rules to travel by:

1. Don't use the hotel glasses unless they're disposable and sealed

2. Don't sit naked on any surface.

3. Wipe down the TV remote, which is the filthiest item in the room.

4. Check your bed and mattress for bedbugs, look for rusty spots on the sheets or mattress.

5.. Use a travel sheet like Allersac, that way you won't have contact with the bedspread, sheets or pillows.

Allersac
I am a high quality 100% combed cotton percale anti allergy travel sheet. I have a sateen finish with a 400 thread per inch thread count. I come in 2 sizes: single 40" x 90" and kingsize 80" x 90". My single size has a side entry opening on one side which is zippered and my king size has a side entry on both sides with zippers.I also have a pillow pocket and an extra long fold over top sheet. I only come in white so that you may see any dirt or pests easily. I will help to protect you from bedbugs, lice, scabies, allergens such as dust mite by products and animal danders, harsh detergents and cleaning agents, and unclean bedding in hotels/motels. Visit my website to learn more at http://www.allersac.com 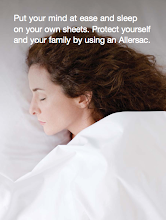 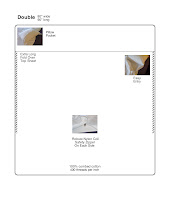 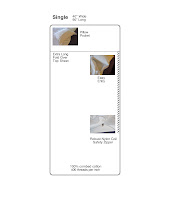 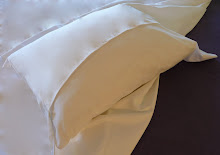 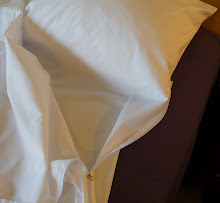 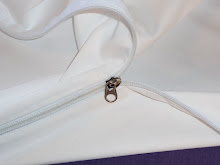 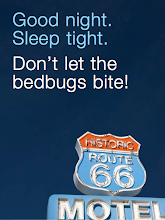